I wanted to do a post trying to find out who was Perth’s worst entertainer, Max Kay or Tod Johnson. Incredibly I wasn’t able to find video of Kay in his kilt or Johnson’s V Capri, so You’ll have to make do with Tod murdering The Rolling Stones in a later band. Max had an execrable “Theatre” in Beaufort Street Mt lawley where he would make kilt jokes. Merifully the place has been bulldozed possibly to make him stop. Max’s life story is here. Seldom has someone done so much work for such an ill considered cause. Has also run for Lord mayor. Which is the worst blight on Perth Tod or Max? You tell me. I’m sure there are many horror stories about both of them out there. They both are still going strong so what would I know?

Speaking of blights. What goes on in The premier’s head? First he wants Dubai on the river, now The Royal show. A perceptive TWOP commenter suggested that the giant ferris wheel option would be next, several weeks ago. Why is it we only ever are given 2 options, the ludicrous or nothing? Thanks to Bedford Crackpot for the mock up. Nice touch for it to be in Docker colours. That will definitely say “winner”. 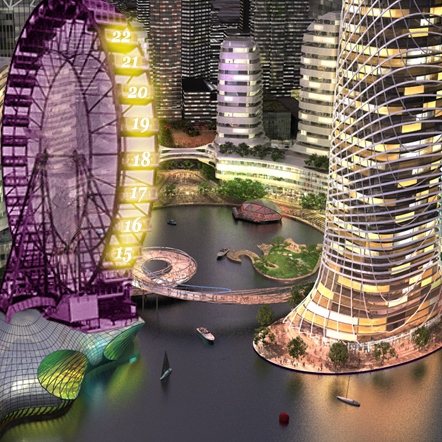 I contacted the oppostion spokesman for development Simon O’brien on behalf of TWOP readers several weeks ago, specifically asking what the oppostion’s stance on this farce was, but got no reply. I particularly wanted to know if they supported demolition of the Convention centre. Nothing. No one is at home in the oppostion apparently. Amazing. You would have thought a guy with a mo would have been more in touch?

From the search results this week. These are genuine terms people have put into google to arrive at The Worst of Perth.

I’m not sure which is more disturbing, someone looking for video of Frank calabrese, or Bob Maumill and a dog.

Finally in commemoration of the closure of Vistula Butchers, an early TWOP post, Meccano sends a pic of a meat tour in Melbourne. A scenic walk with a er meat theme. Nice Worst of Melbourne Mecc. Meccano says…

The “Living Museum of the West” at Pipemakers Park near Highpoint in Melbourne’s inner West appears more like a boot-camp for serial killers then a nature reserve. Each walking track is clearly marked “MEAT TRAIL” and numbered 1 through 8 presumably denoting the degree of difficulty. Some tracks snake away into dark bushy undergrowth while others wind around water traps and derelict buildings. Students who progress to “Meat Trail 7” are rewarded with a bright yellow demountable complete with secured windows and a portable gas cylinder. I imagine the Norman Bates style Building behind the demountable offers them refreshments and cleaning products before they embark on “MEAT TRAIL 8” which leads out of the park towards the city. 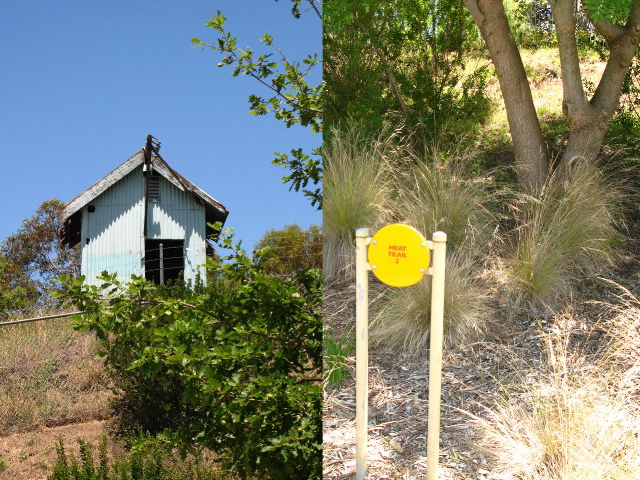 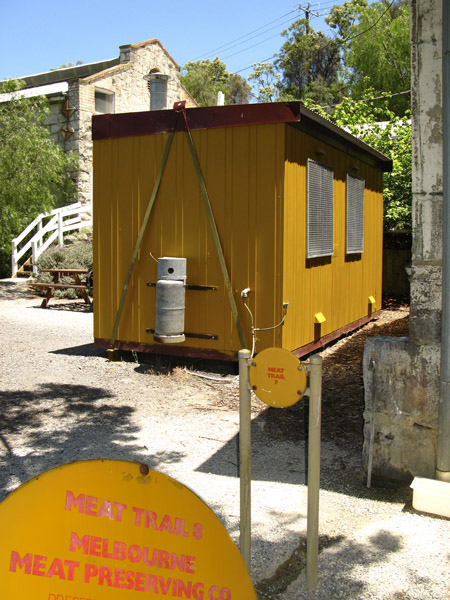 Comedian, artist, photographer and critic. From 2007 to 2017 ran the culture and satire site The Worst of Perth
View all posts by AHC McDonald →
This entry was posted in worst of perth and tagged alan carpenter, ferris wheel, max kay, simon o'brien, tod johnson, v capri, worst of Melbourne. Bookmark the permalink.