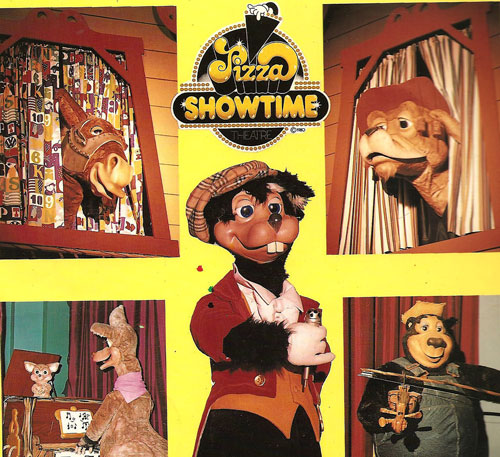 A roaring tornado of sound. Music, animatronics, children screaming, video games blaring, pizzas being served. The (sadly) few times I looked in on Pizza Showtime, it was the loudest thing I would hear until Motorhead played at The Nookenburrah Hotel a few of years later.

This worst was a real pleasure to put together. A least a couple of times a week there is a search engine referral from someone looking for information on Pizza Showtime. I often get emails along the lines of “Did I dream this shit, or was there a robot kangaroo playing piano…” No you did not dream it. Yes it is definitely a worst, but it also has a powerful sense of nostalgia for many people, despite being relatively short lived.  Unfortunately I hadn’t been able to find pictures of it before now.

Paul Gregory, the “father” of Pizza Showtime very kindly scanned some of his personal stash of memorabilia for me and you. Paul wanted to stress that is was very much Australian, with even Jack Thompson recording some of the voices. I love the hottie’s costume below. 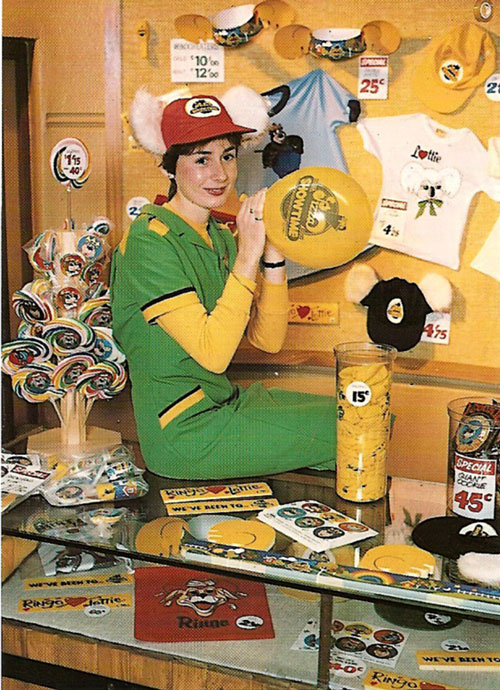 Hi Andrew
You will be making an old man very happy if you posted some of my work for the archives of Perth.  I would be very proud. Of course I will send you copies of the original drawings and photographs of the characters in the workshop and proof, once and for all, that Pizza Showtime was a Western Australian creation and at the time the characters had more movements than any Disney character.  I have got artwork of the inside, you may find that some people will recognize themselves as this is a ‘live’ photograph.  T
The characters names were:
The Koala Sisters – Lottie being the lead singer
Bert Newhound – the compere
Melton Pom – at the piano with Joey
Ringo Dingo – on the wall (voice Jack Thompson) Ringo was also ‘in love’ with Lottie
Ned kelly – the horse – on the wall
The only foreigner among the team was the black bear and he came from Gatlinburg, Tennessee, USA.  (He played ‘the devil came down from Georgia).  I would point out that he was a copy of the bear used in Tennessee but was made by the Marquis Bros in Connecticut.
Some of the character names were changed from my original drawings such as ‘Hot Dog’ turned out to be Ringo Dingo. 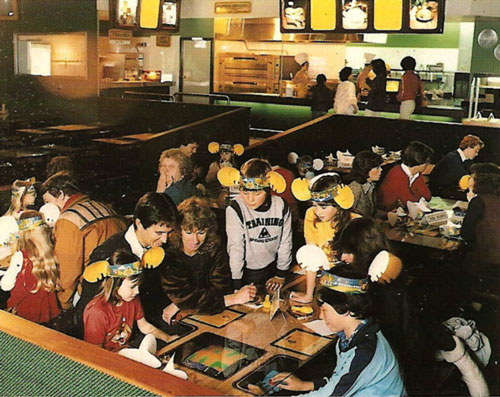 The overall cost of the characters was in excess of $100,000 (a lot of money in those days).
I also have press cuttings of a fashion parade at the theatre for young children’s clothes organized with David Jones.
What happened to Pizza Showtime?  –  The last I heard was that Leisure & Allied Industries sold it to a company in Sydney and the characters were dismantled and sent to Sydney.  So you see, it wasn’t a dream, It did exist.
What happened to me? – Would you believe I moved on to Lauri Potter health Clubs to design a new healthy food type restaurant called ‘Cravings’.  Now, there’s another story for the Worst of Perth!!!!
Regards
Paul 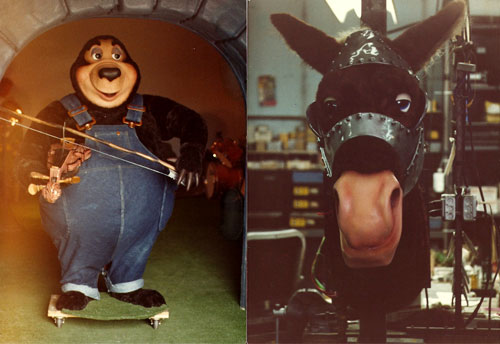 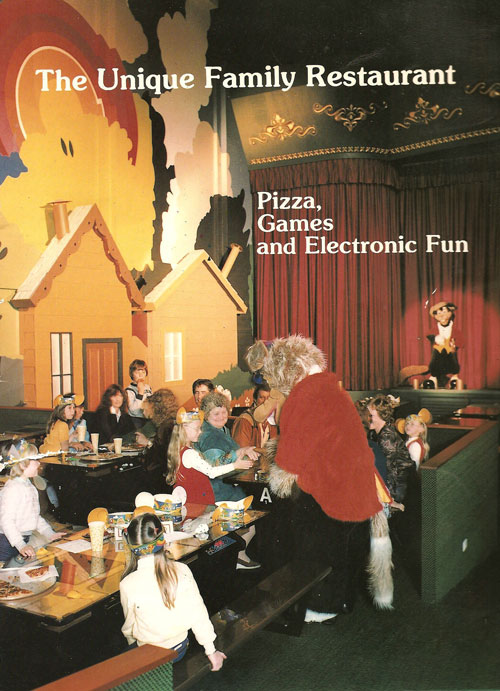 Thanks Paul. There are far too many photos for me to use, but I hope you make sure that all the material gets to its rightful place in Perth archives one day. I’m putting this straight into not worst. 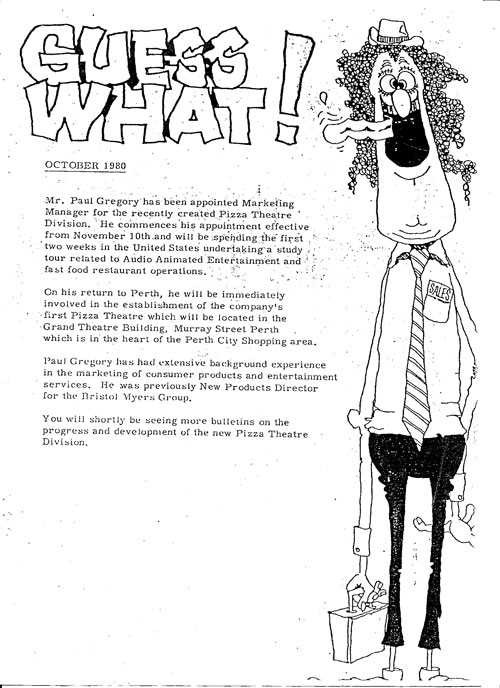 Comedian, artist, photographer and critic. From 2007 to 2017 ran the culture and satire site The Worst of Perth
View all posts by AHC McDonald →
This entry was posted in not worst and tagged pizza showtime. Bookmark the permalink.