We have written a novel! phwoar, the full story of fish-lit writer Tom Whitebait’s journey to the Man Booker Prize. Coetzee, Rushdie, ghost thylacines, flatties, bream, Chicos, Chikos and cobblers. They’re all in it, with the extraordinary sand skeined, rollicking and roistering prose you loved from the Wintoning project. We are attempting to have it published. The opening page sample below should give you an idea of the sheer quality. I hope you will be in support of such a work being produced, particularly if you are, or have some kind of a hold over a publisher.

Promo.
Tom Whitebait, West Australian and national treasure, wouldn’t wipe his arse on a Miles Franklin or a Vogel these days, but he’s been up twice for the big one – the Booker and come back empty both times. Has he got it in him for one more shot? Are there any fish that he hasn’t already written about? Can he pump out yet another unlikely family drama set against local flora, fauna and tidal conditions? Or will those cruel predators of the deep, Coetzee, Rushdie, Keneally and Arundhati Roy savage him yet again? 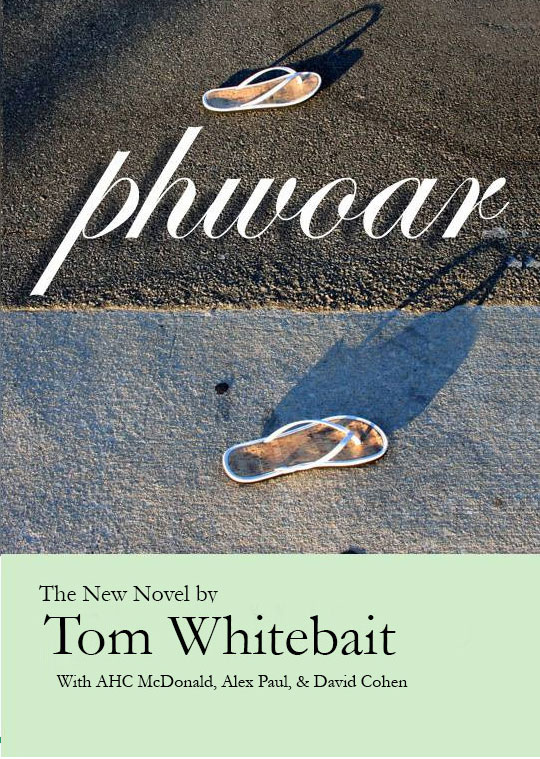 Bream: A great fish if you are writing about teenagers coming of age. You’ll often catch em as you’re passing into maturity. Saying goodbye to childish things. Sometimes, though, it’s the old man that gets the bream, and that’s when you’ve got to watch out, cos it’s a sure sign he’s about to shoot through for good. Leave yas up shit creek. And then you’re on your own, as we all truly are. A bream is a fish of passage; it opens the doors of perception. Never land one if your story isn’t ready – a bream too soon, and you’ve short-chaptered yourself.

Phwoar, he breathes, the raw bloody fear of it tightening his scrotum like a sun faded nylon rope around the prop shaft of a cray boat, strangling the buoys of his manhood in a tattered orange net of self-reckoning.

This time, though, he’s due. Overdue, like a late Freo Doctor on one of those drowsy North Cott arvoes when you’d all scamper off down the surf, whooping and chiaking and waving your kylies at the cerulean sky. The Booker – the Man bloody Booker.

It’ll come, the old man had said, that last week of the cray season as they’d both stood there in the dwindling southern sunset with the world at their backs and a bucket of burley spilling out into the lapping tide before them. Your time will come.

And now it’s time, it’s his time. And it ought to feel like coming home, but somehow something’s missing – there’s a certain quality, some slippery aspect of the sublime, bolting out of reach like them skittish longshore flatties down beyond the surf club toilets, where the sunken rocks lie like the gravestones of things you always used to think were important. Recognition, authenticity, success, shimmering like whitebait, safe in the deep beyond your toe-grasp where the sand ripples, a corrugated iron dunny of denial under the regulating pulse of the metronomic kelp.

The Booker’s due to him, no doubt about it.

“Why our Tom won’t be a three times Booker bridesmaid!” gushes the West Australian wraparound, complete with the herogram address…

Herograms. There’s already a bunch on the fridge, crinkled and crammed beneath the Freo Arts Centre magnet like a brace of aluminised mussels on a Point Peron pier pylon.

“Salman who? Get that Booker bastard!”

“Keep it down 2 earth bro, your awesome.”

“Mate you’re the Bondy of book’s.”