Alasdair manages to show three dead worlds. Pay phones, books and…Mandurah. And did anyone see that The West has stopped delivering the paper to some country regions! Fucking Outrage! How will they find out about the Rudd Gillard government from Paul Murray? I think they had the feeling that anyone would care. 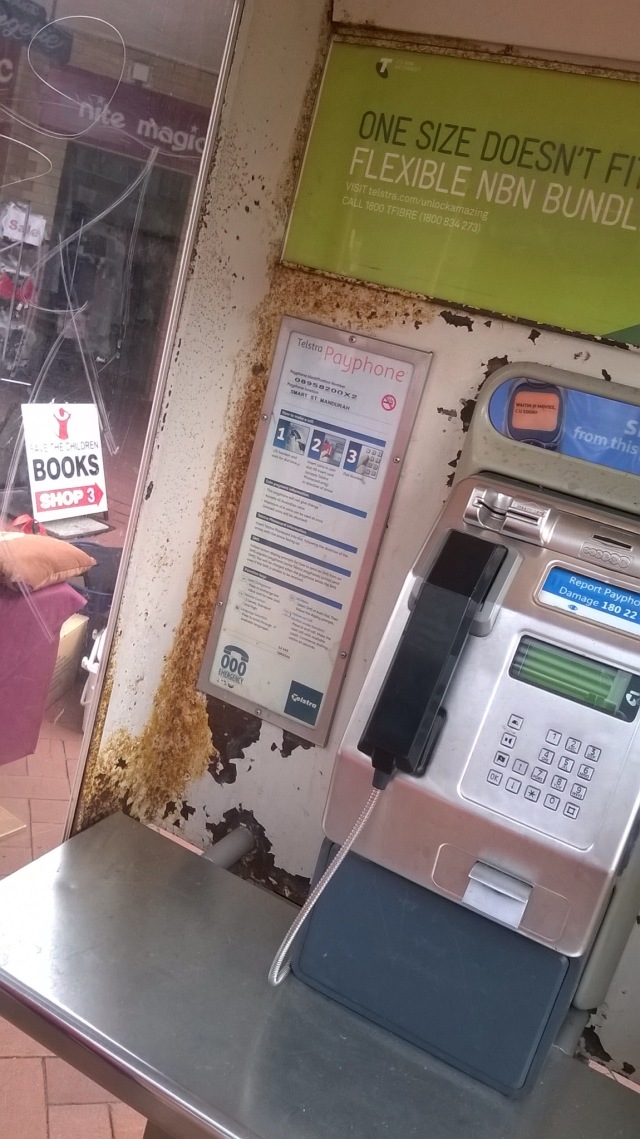 Comedian, artist, photographer and critic. From 2007 to 2017 ran the culture and satire site The Worst of Perth
View all posts by AHC McDonald →
This entry was posted in worst newspaper and tagged mandurah, the west, worst newspaper. Bookmark the permalink.