The 1956 Playhouse Theatre was demolished today. Athough it was too small to have have had the awful Lackers Olivier tread the boards, apparently he and Vivs sent a congratulatory telegram for the opening. Fuck  off Larry. Even Richard Burton was calling you a dumb cunt according to his diary excerpts released by his wife today. (He really did, although in a more sonorous tone.) In any case, the Playhouse was never that good looking a building – in my memory anyway. It had been pissed around with for too many years. The original brick looked far better. But can we afford to knock what’s left of our history down? A couple of pics from Perth’s Best architecture below, after my demolition shot. Next door to this vanished worst. 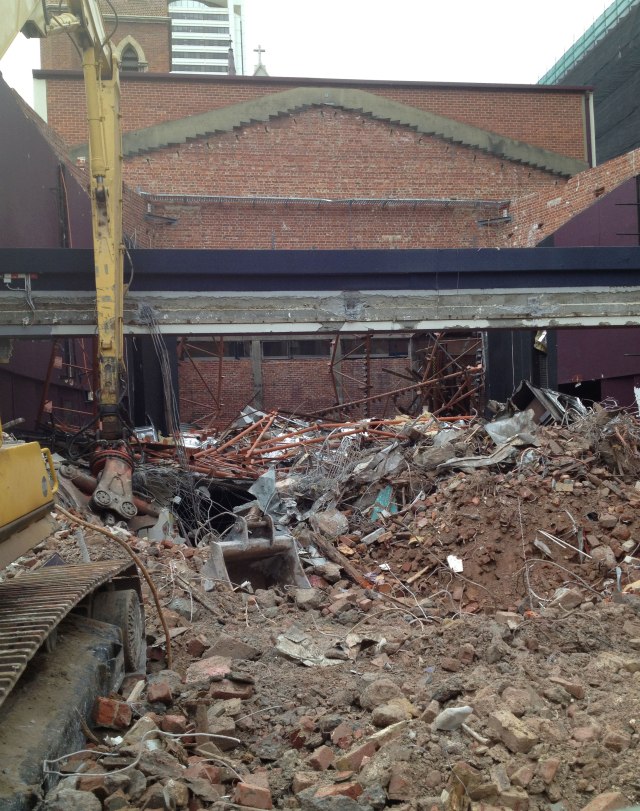 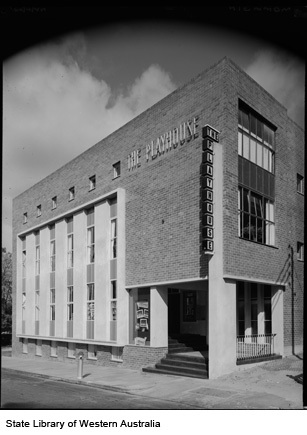 Comedian, artist, photographer and critic. From 2007 to 2017 ran the culture and satire site The Worst of Perth
View all posts by AHC McDonald →
This entry was posted in worst architecture and tagged iwanoff, larry olivier, perths best architecture, playhouse theatre perth. Bookmark the permalink.