Howard Sattler (rightly) received a lot of criticism when he remarked “Good riddance to bad rubbish” when juvenile car thieves were killed in a high speed crash. But is it going just a step too far to say “Good riddance” to Howard when his mother dies? A little worse than calling Adrian Barich a cunt I think.

Or do we blame the moderators? The link, for as long as it remains. 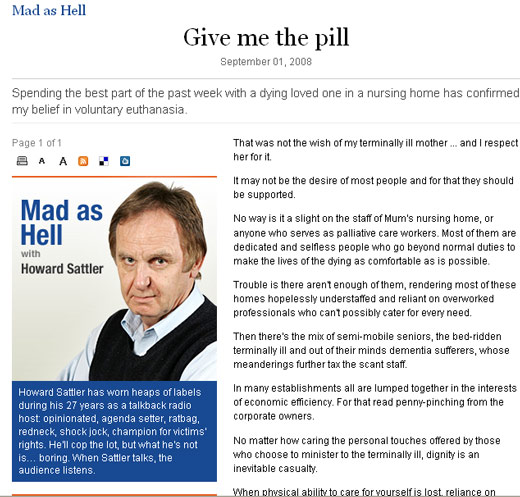 59 Responses to A little harsh?