Stirling Council is proposing a walk of “fame” from the Astor right up into the rub and tug precinct of Inglewood. Plaques and states celeberating prominent West Australians. Possibly prominent WA willies that have been tugged. Why don’t they just throw money away building a mini Kokoda Track? I find myself sighing, although shithouse bronzes of awful wa knobs would be material for many many months. Jesus. The guy that had the dinosaur Christian Internet cafe (now a massage centre) should be so honoured. What was his name? Abs is prominent in that area too isn’t he? A bronze Mainy howling at the moon with a half eaten Chicken Chow Mein in his hand. One can hope. Alannah maybe? Someone said to me, “But maybe this time it will be good?” Yes. It could be. But no, it won’t. 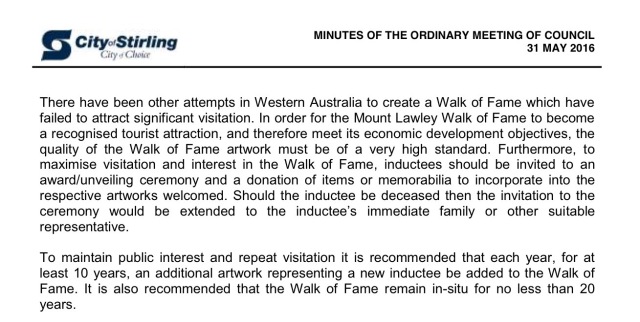 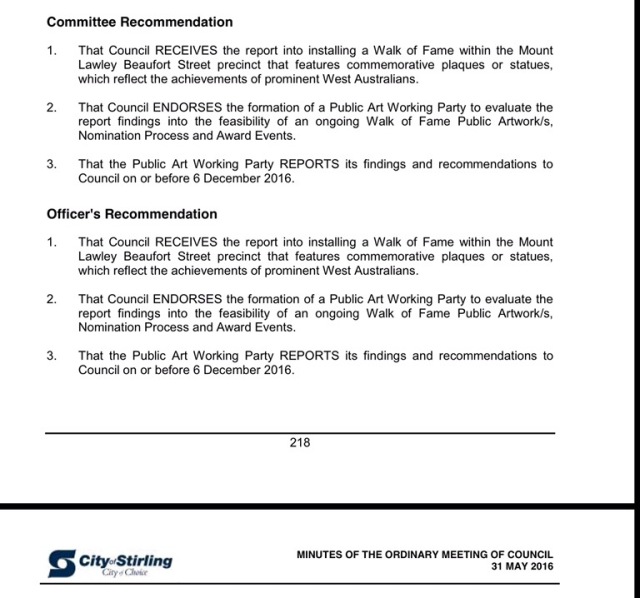 45 Responses to Walk of tugs