You may have heard of couch surfing, arranging casual accommodation around the world. This literally surfing couch certainly has “location” for the traveller, in the river next to the Kwinana freeway around Comer Street Como. I thought it could be a companion piece to Eliza on the other side of the river, but the trail of broken pieces from the freeway looks more like a fallen off the back of a truck job. It seemed so poetic even surreal wallowing in the waves. Thought it might be time for some The Worst of perth video too. Thanks to Jack for pointing me to this great worst. Also mentioned in Australian Cycling Forum. 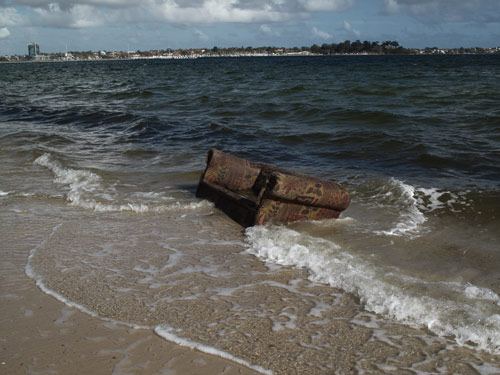 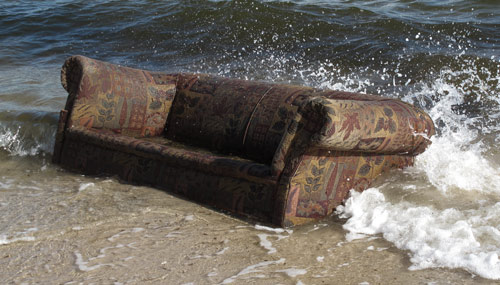