Posted on November 6, 2016 by rottobloggo

Hell is other people, said that Frenchy funster Jean Paul Gaultier. If you’re going through hell, keep going, Mitch Marsh said over the weekend. And, Sam Barnett: “It is better to conquer yourself than win a thousand battles. Then the victory is yours. It cannot be taken from you, not by angels or by demons, heaven or hell.”

I could’ve written this CD. The secret is on the cover, anyway: alcohol! Ms Green “has made over 150 media appearances“!

What’s the opposite of a star gate? This black hole lobbed up in Guildford for a service. It blew a gasket after Carps tried to get back to 2008 and not call an early state election. 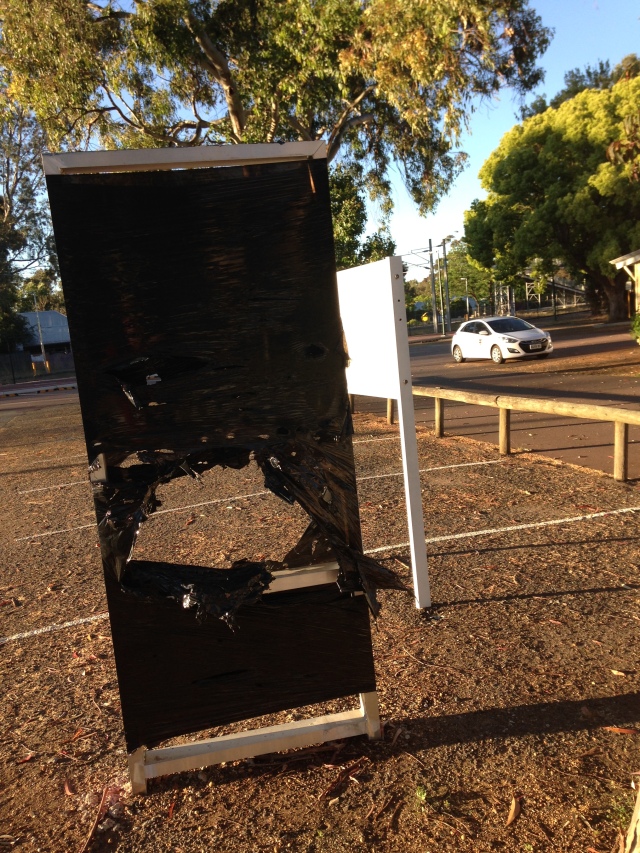 Hell? Election? More than 1,500,000,000 media appearances? Will it be Hillary, or The Donald? Or maybe Alyson will sneak through?