Illusiver noted this public art hidden behind Melville Council. If I recall the piece was part of Fremantle Sculpture by The Sea, an altogether more positively scaled event compared to the rather lopsided Cottesloe. But why is this hidden? Or has it become the exclusive privilege of some Melville Council Czar? Like a stolen Kandinsky, to be gazed at over the rim of a glass of sipped 24 year old Chivas. Is its real value residing in its inadmissibility to the common scum of Melville? Well I hope so. Or is there just nowhere else to put it? 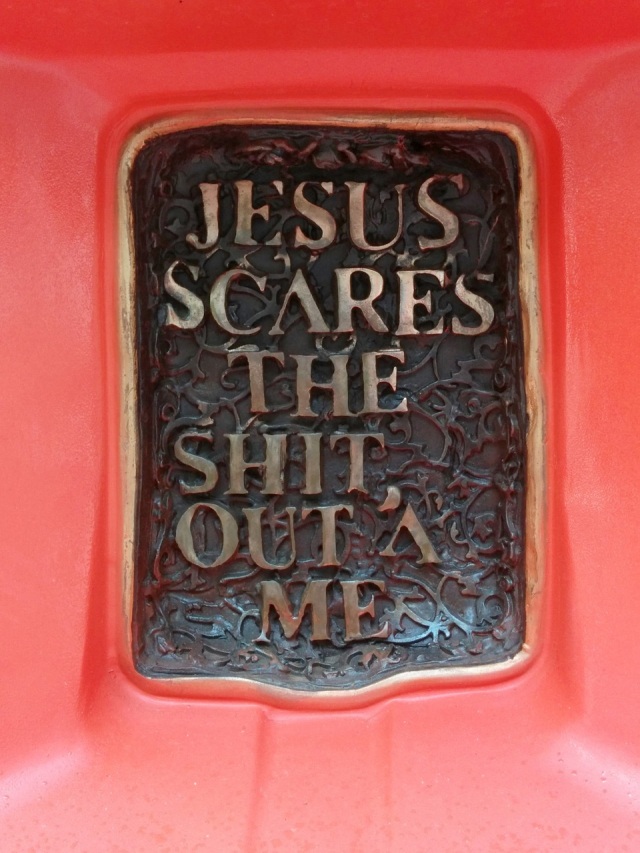 Comedian, artist, photographer and critic. From 2007 to 2017 ran the culture and satire site The Worst of Perth
View all posts by AHC McDonald →
This entry was posted in worst art, worst public art, worst sculpture and tagged #illusiver, melville, worst art. Bookmark the permalink.

10 Responses to The Hidden