In the third century B.C. the Greek stoic philosopher Chrysippus died of laughter after giving his donkey wine, then seeing it attempt to feed on figs.

In the 21st Century Skink visited Belmont Forum, possibly to put shit on Belmontonians. What he saw will shock you. A competition to send Belmont your best smile, with some graphic design that suggests some hideous hysterical death caused by some toxic mould that grows on shopping trolleys. Every one of the subjects seems to be begging “Kill me, please!” with their eyes. It does seem to confirm my suspicions that the only smile you’ll get in Belmont is a photoshopped one. I was pouring shit on Belmont myself in the live show last week.  Skink claims the website is even worse than this, however, like the La Chong offerings, I prefer to be above such links and refuse to look. I prepared my own as if I would be happy to go to Belmont. It’s harder than it looks. No matter what I did, I couldn’t look happy about Belmont. 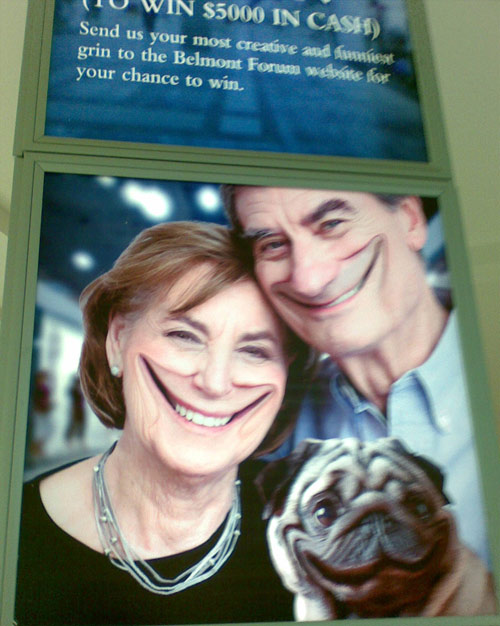 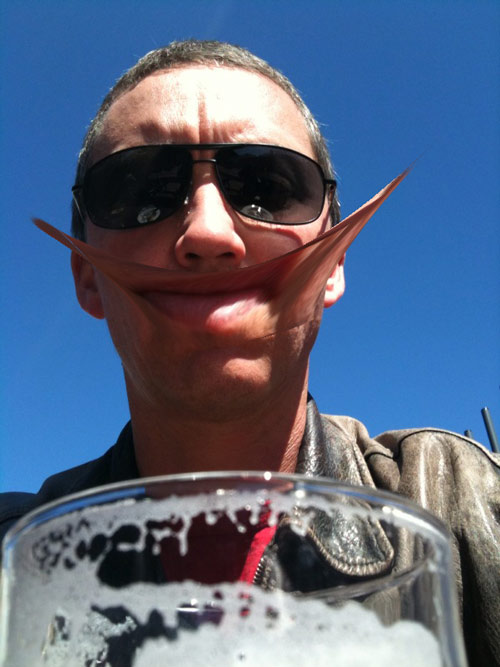