Friday was busy. After time in the Perth Magistrates Court – aka The Drama Palace – I paused to see if these paramedics needed help. They said they were fine, and cops were on the way. “You may feel like you’re throwing up a lot, Wayne, but nothing much is coming up,” one of them told their patients. 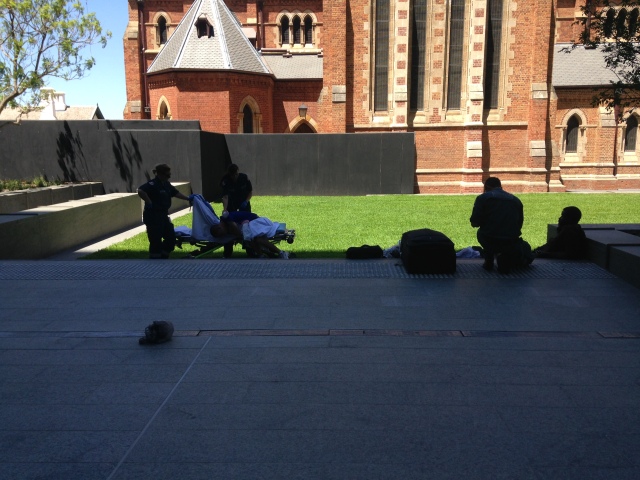 Then it was across to the Perth Children’s Court. I love what they’ve done with the ceilings in the men’s toilets! 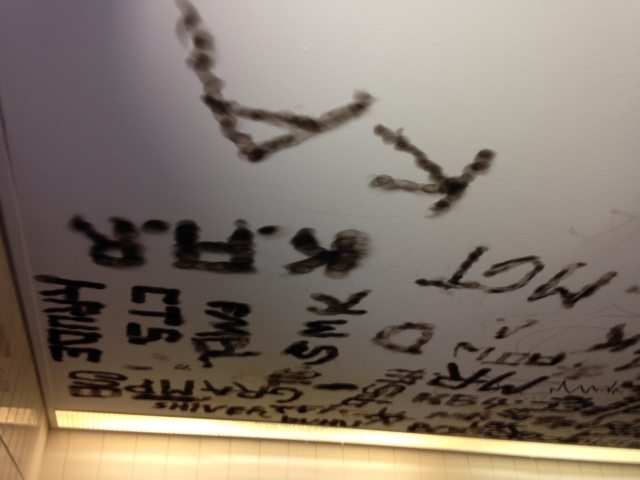 Later to Cottesloe, where I saw this, er, public service announcement at the corner of Railway and Station Streets after my restorative Cimba’s affogato.

On the way back to the orifice I remembered to pick something up in Claremont for Krazy Kym, aka The Blond Trophy Wife.