Although I guess before you fuck aoili you need to be able to spell aoili. Shouldn’t it be fuck quinoa? Fremantle, Gesha Coffee, by Reign of Error. Apparently cnr Queen Victoria and James St. I couldn’t find it on street view at first. Only a billboard claiming, “The answer is Melville.” But there it is, opposite Shacks Holden and next to Yacht Grot. Wasn’t there a cool underground cafe at Shacks site in the 1980s? 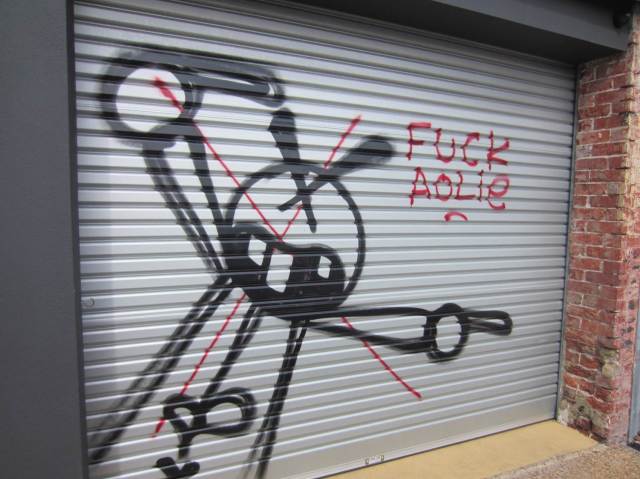 Comedian, artist, photographer and critic. From 2007 to 2017 ran the culture and satire site The Worst of Perth
View all posts by AHC McDonald →
This entry was posted in worst graffiti and tagged #reign of error, aoili, fremantle. Bookmark the permalink.