From Stephie and Stephie’s friend. These are from the carpark at the Karawara Shopping Centre, now somewhat a vanished worst. The Tavern is gone, but there’s a fucking chocolate lounge. There have been no takers so far for the new tavern premises. No tavern but did I mention a chocolate lounge! And Jack’s arson target, a WA classic, also gone. What’s the deal with modern students? Although to be fair, we did have a table thrown through our window on central campus on Friday night. Could have been chocolate rage. There’l be a Reiki centre and a Men’s Health barn with a perfumery next.I think Rolly and Natalia Fan#1 should make a bid for the new Tavern license. 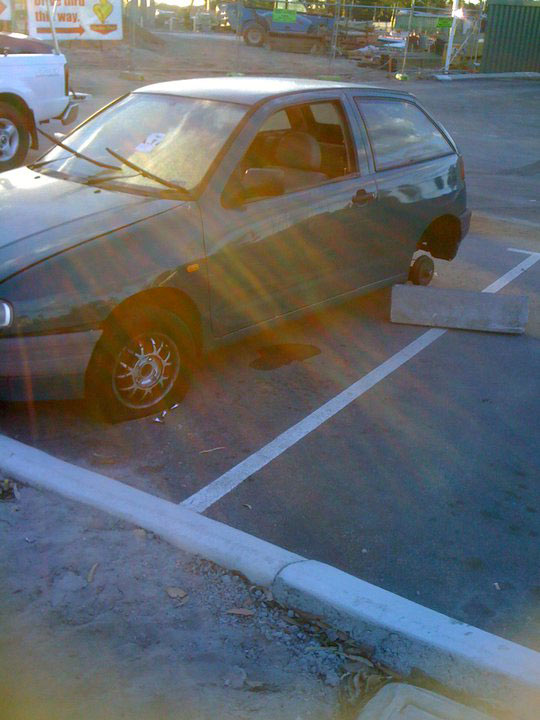 Comedian, artist, photographer and critic. From 2007 to 2017 ran the culture and satire site The Worst of Perth
View all posts by AHC McDonald →
This entry was posted in worst car and tagged karawara. Bookmark the permalink.

34 Responses to The Cars Karawara Ate