Bring in your cricket bats now

The tributes to Philip Hughes have now become so farcical that they have gone beyond parody. You can bring in your cricket bats now. Maybe leave a protective groin box on the dashboard of your car as a moving tribute if you like, but please, no more mentions of “little mate”. And can Justin Langer really be as dim witted as he makes out? His puke inducing piece in the Sunday Times almost appeared to be a pisstake. Even briefly delving into the mystery of “female intuition”. Justin, these are the thoughts that are most appropriately kept private. Firstly out of respect for your *puke* little mate, but also because they come across as really stupid. The best tribute you could give is to keep quiet and grieve privately. Not in the crappy old Sunday Times. Also Michael Clarke my little mate. That’s enough. And on the subject, Alston’s repulsive cartoon in the West suggesting Phil was set for a game with Bradman and the Invincibles in heaven was another low point in a long career of shit cartoons. Even overlooking the fact that Hughes had been dropped from the test team! I guarantee that Bradman ( who is more likely in hell anyway) would never give him a game. 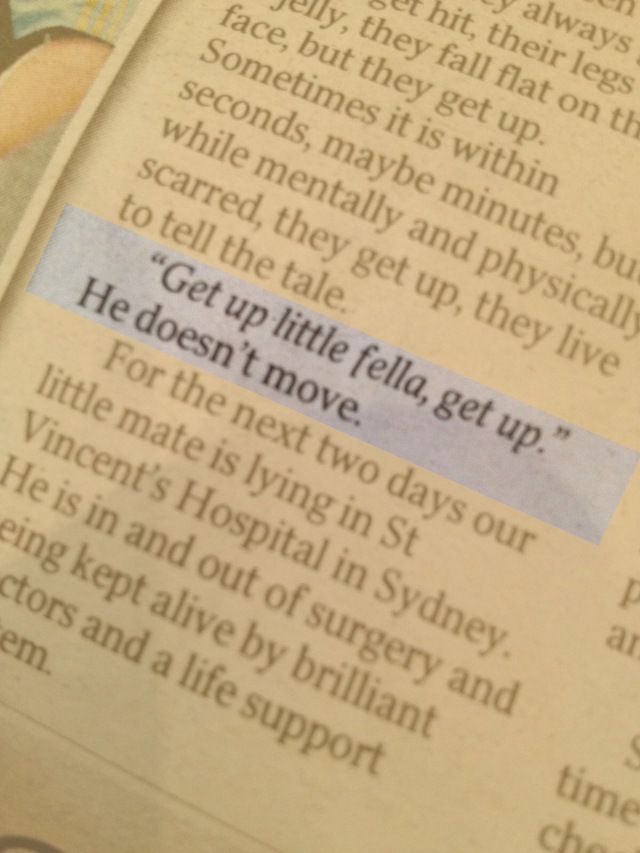 Commended Haiku writer. A lover of The West's Worst. Perth stand-up comedian, photographer and writer.
View all posts by The Lazy Aussie →
This entry was posted in worst of perth. Bookmark the permalink.

51 Responses to Bring in your cricket bats now