The Salient at Stala Contemporary

Your Nutrition and Hydration on the Gallery Scene, brought to you by The Worst of Perth.

I knew instantly that I had made a rookie mistake. How could I have been caught on the wrong side of the gallery when the speeches started!? Especially in the pleasant Stala Contemporary Gallery, where the space is severely divided into two sections. We felt like troops in the Stalingrad Cauldron, wondering whether we could escape through the eye of the needle before Zhukov brutally crushed the apex of the salient.  The bar, visible, shimmering in the distance and the escape door might as well have been in Berlin. I have drawn up a rough map to explain the situation we were in. 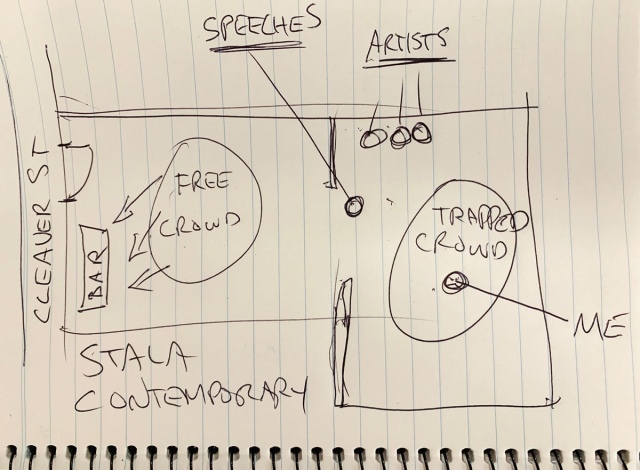 However, you have to hand it to gallery owner Sherri. A three artist opening night – a situation which could have easily have degenerated into  45 minutes of speeches – and would have at many other galleries, was over in barely 5 minutes. Succinct and to the point. Perhaps she was aware of the plight of those trapped on the far side of the dividers, but in any case, kudos. Brilliantly done.
The free piss situation was excellent as usual here. Nice wine with quite a choice of genres (ouvres?) Even a chilled Rose for that hot, hot night. I’ve wondered about their snack policy for some time though. I’m not sure about this open bowl “grabbing a handful”, situation. For one, it is hard to “grab” cut strawberries. Secondly, speaking as an artist myself, it’s no secret that we – and our culture vulture associates, are not the world’s most fastidious hand washers. It’s part of our creative spirit not to constrained by normal restrictive conventions of ablutions and personal hygeine.  That’s mostly why we became artists in many cases tbh. Do you think Picasso went near washbasin one between dunny and the communal bowl of Patatas Bravas? No. Of course not. It would have been ridiculous. So although I love the bowls, – and I think once they marvellously provided one full of jelly snakes, I think, under the circumstances, a more “tong based” regime would be the way to go. But it still warranted a very good 4 stars. 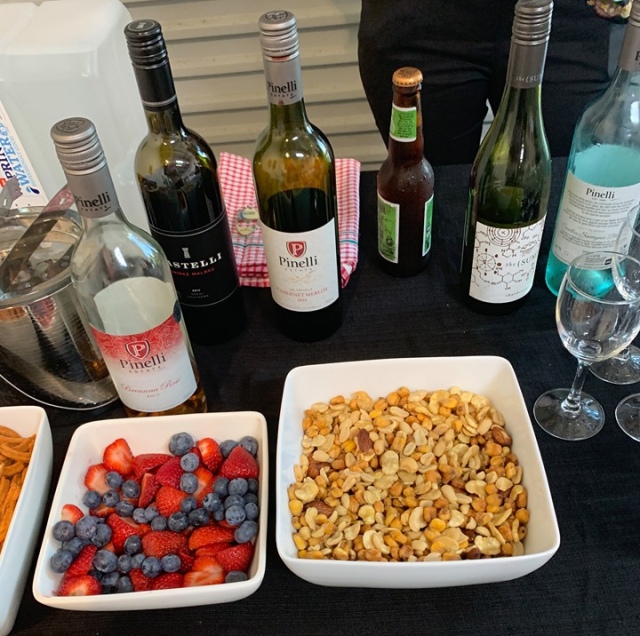